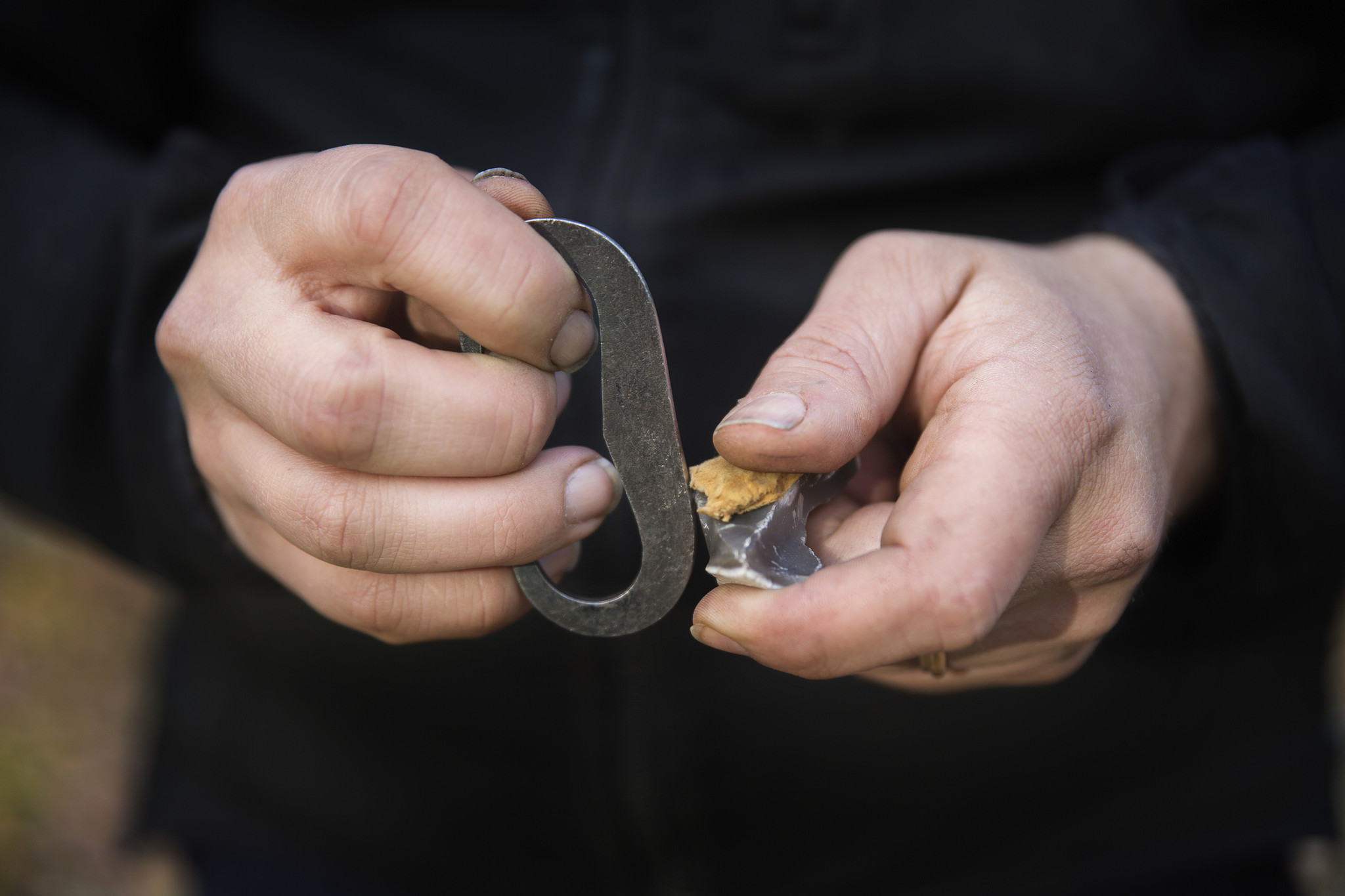 Flint and steel in tin

has been added to your shopping cart
Traditional fire making 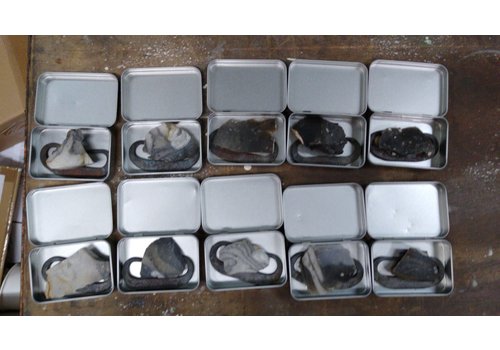 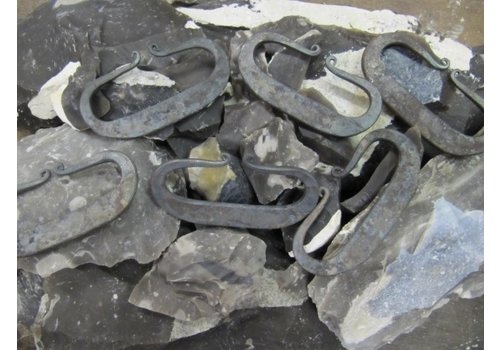 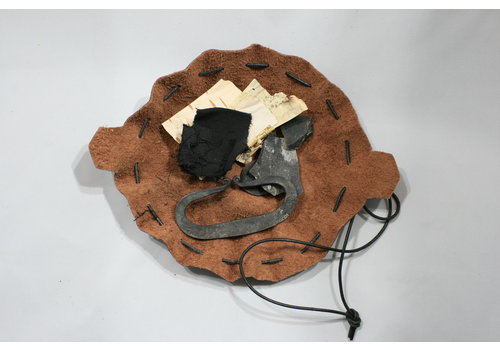 Making fire with flint and steel

There are several techniques that can be used to make fire. Here some of these techniques are explained and you can see the materials with which you could ignite the fire in the past.

Put (if the model allows) a number of fingers through the fire stroke so that the shiny, long side of the fire is directed outwards. Hold the flint firmly in your other hand, in such a way that a sharp (!) edge faces out horizontally. Place a piece of tinder on top of it (charred cotton or processed tinder mushroom, amadou) and hold it in place with your thumb. Attention, the edge of the tinder should be exactly the same as the edge of the flint. Use the frays of the dust or the fine fibres of the fungus. Now, use the fire stroke from top to bottom, so that you scrape the whole long side exactly along the edge of the flint. So you strike exactly perpendicular to the sharp edge. Actually, you only have to touch this edge a little bit, as it were, you hit a grazed shot with the fireblast along the flint. The sparks jump off. Some of them jump up (!) and make the tinder glow. Fold it up and roll some birch bark around it, but in such a way that the glowing tinder just sticks out. Only then blow against the glowing tinder; the birch bark will burn...

Already in the Iron Age (800 B.C.) people started to use the firestrokes to make the fire. The firing is a piece of hardened steel with a high carbon content. The blacksmith has forged a shape in which there is one long side on the steel that can be used to strike a grazed shot along a sharp edge of a flint. The sparks will jump off. A great discovery that we ourselves still make use of in these times.